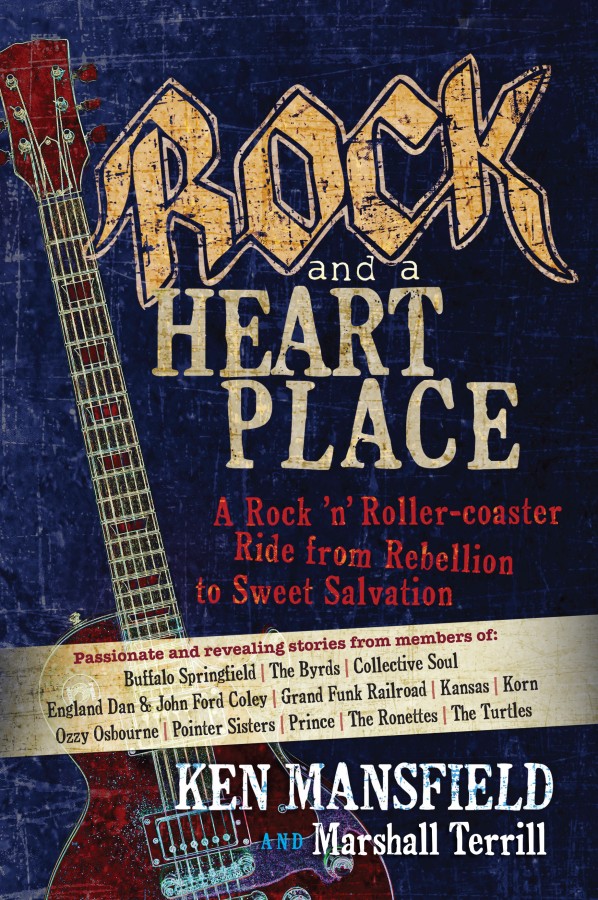 Rock and a Heart Place

Rock and a Heart Place traces the rise, fall, and redemption of famous entertainers who were brought to their knees a great place to meet God. Join award-winning producer and music executive Ken Mansfield and biographer Marshall Terrill on a spiritual journey down the secluded halls of the music industry.

Order Rock and a Heart Place from these online retailers:

MARK VOLMAN was cofounder of The Turtles, a 1960s pop-rock band that has sold more than forty million records. He was also a core member of Frank Zappa’s The Mothers of Invention and the dynamic duo Flo & Eddie.

RUTH POINTER is one of the legendary Pointer Sisters who scored dozens of hits in the 1970s, 1980s, and 1990s, and sold close to forty million records, making them one of the most successful female groups of all time.

BRIAN “HEAD” WELCH is the lead guitarist for the nu metal band Korn. In addition to chart-topping, million-selling records and two GRAMMY awards, their shows fill up arenas and stadiums worldwide.

CHRIS HILLMAN helped define the country rock genre by his groundbreaking work with The Byrds, The Flying Burrito Brothers, Manassas, and the Desert Rose Band.

JOHN ELEFANTE was the lead singer of the multiplatinum-selling Kansas from 1981 to 1985 and wrote two of their highest charting singles. After leaving Kansas, he became one of the most successful Christian producers of all time.

RUDY SARZO has been a professional recording artist for more than thirty years and a member of Ozzy Osbourne, Quiet Riot, Whitesnake, Blue Oyster Cult, Yngwie Malmsteen, and DIO.

With DEZ DICKERSON at his side from 1978 to 1983, Prince became a household name, selling more than one hundred million albums, earning seven Grammys, a Golden Globe, and an Academy Award.

NEDRA ROSS and The Ronettes were the first bad girls of rock and roll, racially indefinable, and one of the most exciting acts of their era, ruling the airwaves in the early ’60s with a string of girl-group classics and mini rock operas.

RICHIE FURAY of Buffalo Springfield was a major catalyst for the 1960s country folk rock sound. Richie’s repeat performance as cofounder of Poco carried on this tradition of great music.

MARK FARNER of Grand Funk Railroad earned eleven consecutive RIAA Gold/Platinum Record Awards from 1969 to 1975. They surpassed The Beatles in record sales in 1970.

ARTISTS FEATURED exclusively in the e-book are:

JERRY NAYLOR is a sixty-year veteran of the music scene and the former lead singer of The Crickets. Naylor witnessed the birth of rock and roll with fellow innovators Elvis Presley, Jerry Lee Lewis, Roy Orbison, and Waylon Jennings—all changing the face of popular music.

RICK CUA of The Outlaws helped create the Southern rock sound of the ’70s. In its heyday the band played major stadiums and arenas, reveling in the rock and roll lifestyle that included limos, charted planes, and the crazy fan scene.

CHUCK GIRARD was a valuable pioneer in the California sound of the early 1960s and contemporary Christian music of the 1970s. In his teens, Girard formed The Castells, which had two Top 20 hits. A decade later he formed Love Song, the first mainstream Christian rock band.

KEN HENSLEY of Uriah Heep is regarded as one of the seminal hard-rock acts of the early 1970s. Extremely popular in Europe, the Heep are considered by music historians as one of “The Big Four” of hard rock with sales of more than forty million albums worldwide. 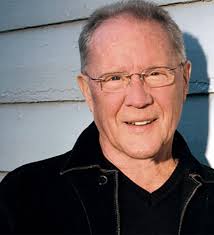 KEN MANSFIELD’s legendary career in the music industry began as a member of the Town Criers, a successful southern California folk group in the early 1960s. From there he moved to executive tenures as US manager of The Beatles’ Apple Records and, director at Capitol Records, vice president at MGM Records, and president at Barnaby/CBS Records. As a record producer, he was instrumental in launching country music’s “Outlaw” movement in the 1970s, producing Waylon Jennings’ number-one 1975 landmark recording, Are You Ready for the Country, and Jessi Colter’s number-one hit “I’m Not Lisa.” Ken also produced the Gaither Vocal Band’s 1991 GRAMMY and Dove Award–winning Homecoming album, which also launched another historical movement, the resurgence of Southern gospel music via the Gaither Homecoming series of recordings, videos, and concerts. Ken is an ordained minister, a sought-after speaker, and the author of multiple books and now lives with his wife Connie on the quiet shores of the Florida panhandle.

Connect with Ken at www.kmansfield.com.

MARSHALL TERRILL is a veteran film, sports, and music writer and the author of nearly twenty books, including best-selling biographies of Steve McQueen, Elvis Presley, and Pete Maravich. Three of his books are in development to be made into movies. Terrill resides in Tempe, Arizona, with his wife, Zoe.  Connect with Marshall at www.marshallterrill.com.

Rock and a Heart Place is a compelling, fascinating read. Ken Mansfield’s relationships throughout his impressive career include many famous artists, who, along with Ken, came to the conclusion that personal fulfillment cannot be satisfied with money, sex, and drugs, the trifecta of a rock and roller and that life ultimately holds little purpose without a relationship with their Creator.

Reading any Ken Mansfield book is an eye-opening experience. As an innovative producer and record company executive during the heat and heart of the sixties through the nineties music scene, his recollections of the way things were bring back not only the sights and sounds of the era but reveal the bigger picture of the Creator’s purpose for all our lives. Joined by respected biographer/author Marshall Terrill, Ken takes us on a mesmerizing journey traveling alongside some of the greatest musical icons of our time. Within these pages are real life stories of famous men and women who have tasted struggle, fame, fortune, and loss, yet speak today of restoration and renewal.

Where do rock stars go when they’ve tried everything the world has to offer and yet have continued to come up empty? In Rock and a Heart Place, Ken Mansfield provides engaging and perhaps surprising answers. This fascinating and fun-to-read book is loaded with inside stories of some of our favorite music makers. It is a classic reminder that regardless what messes our family or friends might encounter, the Creator is greater; nobody is beyond hope, and there is no need to give up on anyone!

Order Rock and a Heart Place from these online retailers: